How to Use Twitter to Build an Author Platform 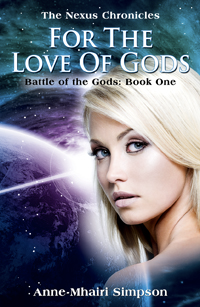 Welcome to Twitter Tuesdays where I feature tips on how to use Twitter for authors by authors, like the tips that will be in my upcoming book, The Writer’s Guide To Twitter for Fiction Authors. This week we have a personal story on how Twitter helped author, Anne-Mhairi Simpson, build her author platform, and more! Thanks Anne-Mhairi! Follow her on Twitter.

How to use Twitter to Build an Author Platform

I started on Twitter on 10th January 2011. I was laid up in bed with a busted disk, bored, in pain, frustrated. An article in a writers’ magazine detailed why I should be on Twitter. With a long-suffering sigh I accessed my fallow account and started looking around.

Within a week I was hooked.

I was more or less bed-bound, but I was chatting to the world! I live in a semi-rural area but I was talking to people across the States, in Australia and even, *gasp* in the UK!

Well, I looked for #writing. And found writers. Suddenly I was able to share that form of character induced schizophrenia peculiar to writers with people outside my own family. People who got it. I was in heaven. When you’re lying on your bed all day every day, any kind of a social life is a blessing.

And that’s only the psychological benefit.

I didn’t approach Twitter with a view to making connections and getting in with agents, although those were things that I bore in mind. Unfortunately, I’m hopeless at proper networking. I never know what to say to get busy important people’s attention. So I just acted like myself and attracted other crazies. Er… I mean, other passionate, like-minded individuals.

I had intended to publish my latest novel through traditional routes, but Twitter put me in touch with something amazing, what I call the Indie Movement. A lot of people were self-publishing and what’s more, they were earning a living at it! Not millions, although there were those people too. Hocking is now a byword for indie awesomeness. Maybe I could do it, just enough to live on, at least to start with.

One of my friends was looking for anthology submissions. Another regularly reviews books for one of the biggest fantasy review websites in the UK and asked if I could help them out with weekly blog posts.

Indie authors, it turns out, aren’t nearly as hard to get into a conversation with as traditional authors and some of the best are now good friends of mine. They want to help promote my books. Quite apart from all this, my critique partner lives in Washington. The state. About 6000 miles away. Without Twitter we wouldn’t have met.

Twitter is a social media tool, but far too many people focus on the “media” part of that phrase. Telling everyone constantly about your book doesn’t work, just as it doesn’t in a face to face conversation. It’s boring. Not talking to anyone except your own friends (I’m guilty of this in real life) doesn’t work either. How are you going to meet new people?

Thankfully, on Twitter, I have way more chops when it comes to meeting COMPLETE STRANGERS than I do in real life. And now they’re my friends. I’ve interviewed them on my website. They’ve returned the favour. Now I have a platform. And I did it by being my somewhat strange and kooky self. THAT’s how you use Twitter.

About the Author: Real life is just too real, which is why Anne-Mhairi Simpson writes fantasy, preferably for teenagers because they’re closer to her mental age. This can, and often does, involve griffins, unicorns, werewolves and/or vampires. And because she likes a laugh, there are also pink mice and gods with faulty moral compasses. But whatever she’s writing, there’ll be a lot of blood and a LOT of magic, because that’s what makes her worlds go round.

She’s been to six schools (seven if you include university) and lived in four countries on two continents. She speaks three languages and bits and pieces of three more. She once galloped a horse into a cow (by accident) and she’s been to Machu Picchu three times. Apart from writing, she likes pretty shoes, making jewellery, films, dancing, reading and chocolate. Don’t forget the chocolate.

Her debut novel, For The Love Of Gods, is out on 27th October in print and e formats.

More Twitter Tips for Authors next Tuesday, and more to come in my forthcoming ebook, The Writer’s Guide to Twitter for Fiction Authors.