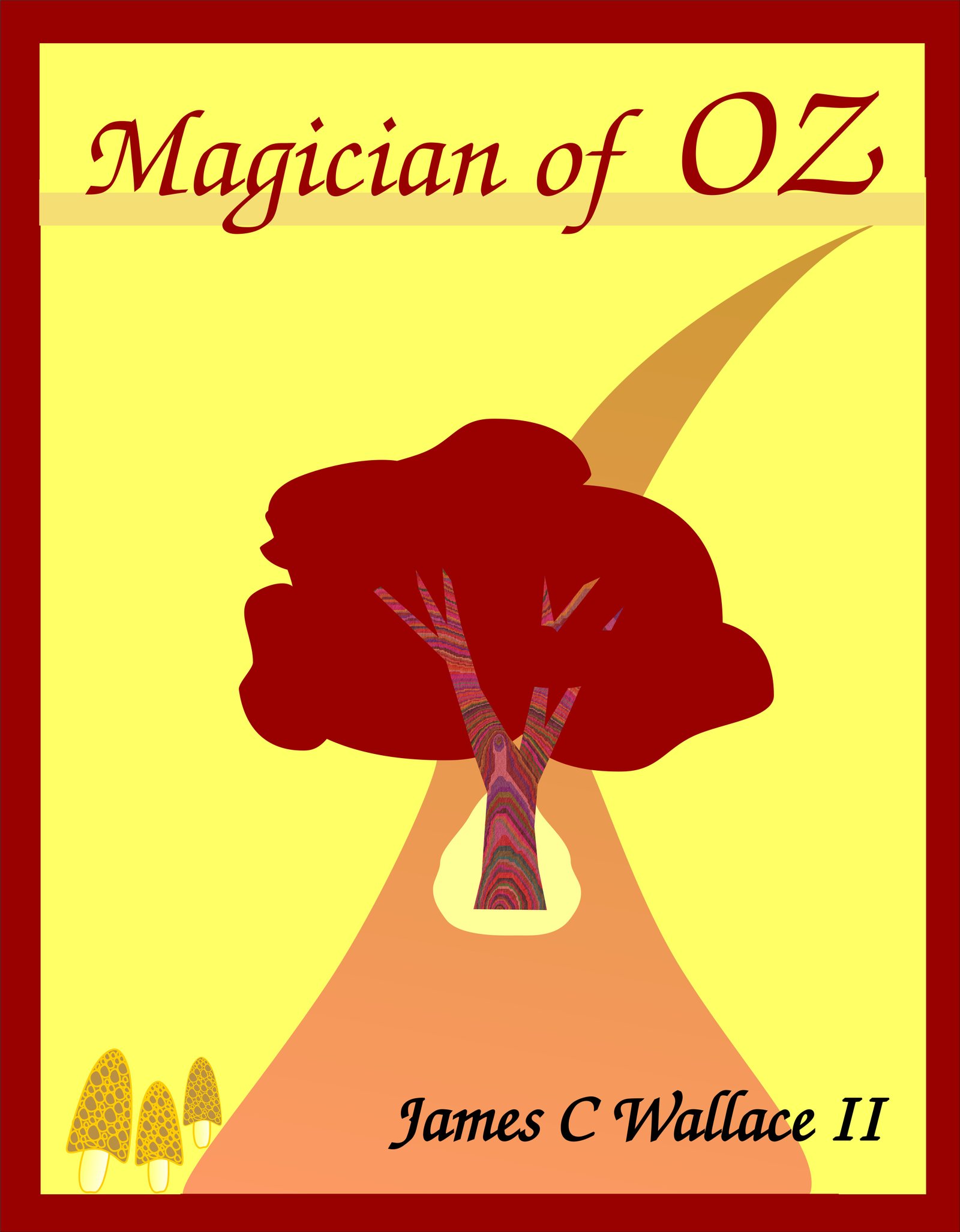 Welcome to my weekly series of interviews with independently published fantasy authors. This week I interviewed James C. Wallace II who shares with us his lifelong love affair with Oz.

^*^
1. What got you into writing this book in the first place?

As a child of the 60s, my parents taught me to read from the fourteen original books of L. Frank Baum, including The Wonderful Wizard of Oz. While most people love the 1939 MGM movie The Wizard of Oz, I was more a fan of the books.

Fast forward to a decade ago when I was an educator for SpaceQuest Planetarium at The Children’s Museum of Indianapolis and I encountered children in the 6th, 7th and even 8th grade who were nearly illiterate. It stuck in my mind, but at the time, I could do nothing about it. Several years ago, when a mini-series named Tin Man (an Oz re-imagining) premiered on tv, I was sitting on my side porch thinking about what I had just seen, which included hookers in Emerald City, violence and such.

I thought to myself, “I can write a better story than that which kids will want to read!”

Within 2 months, I had written Magician of Oz and began the arduous process of submitting it to agents, publishers and the like. When I had actually started the writing process, it was like Princess Ozma herself would reveal it to me, chapter by chapter, night by night. It was then that I also realized that it would take three books to tell the whole story Her Majesty had revealed to my mind. Thus began my journey down the roads of both yellow and red brick and into the Royal Magician of Oz Trilogy.

In Magician of Oz: New characters and creatures abound in the old Land of Oz while many of the old characters we know and love make their own appearances in this newest tale of fantasy, adventure, truth and friendship in a familiar, yet not so familiar world of Oz.

There’s the Leader of the Sycamores, the Gnarled Scrub Oak, the Flowering Plum Tree and the Council of Trees. All of these magical and strange characters prove quite the challenge for a young magician who finds himself in a strange and wonderful land.

Of course, we also get to meet Dorothy and Ozma, Glinda and the Tin Woodman, as well as Toto, Bungle the Glass Cat, Billina the Hen and numerous other beloved characters from L.Frank Baums’ original tale of wonder and magic.

2. What was the most fun thing to do during the writing, producing or marketing of your book?

I found the most fun part of this process was the actual writing of the story, which would come to me at a very rapid pace. Most people write slowly, but I tend to write a great deal in a short amount of time. Usually a chapter a night is my average and I always start writing at midnight. I especially enjoy the fact that while I have a general idea about the storyline, I really don’t know what’s going to happen until the words appear on the screen. Sometimes, even I’m amazed at the direction my story will veer off into.

3. What are readers saying about your book?

Early on, I received some very critical reviews from other Oz authors who failed to understand the vision and message I was trying to promote. To them, I was an intruder into their world of Oz. They wanted all the answers right away and didn’t get that this was a three volume story. When Shadow Demon of Oz (Volume 2) came out, those critiques went away and most people, especially kids (my target audience) got it and really seemed to enjoy what I was trying to say. Since then, Family of Oz (Volume 3) has been well received and most agree that it is the best of the three books of the Royal Magician of Oz Trilogy.

4. Why did you decide to Indie publish?

Oz is a niche market and virtually all publishers want no part of it. Unless a book is about Judy Garland or the MGM 1939 movie, there really is no interest from the publishing industry. Everywhere I went, brick walls were shoved in front of me by narrow-sighted editors, agents and publishers who thought only of money. I discovered this fact at Book Expo America 2009 when I went there to promote Magician of Oz. I also discovered there that self-publishing was fast overtaking the traditional publishing industry and I felt I needed to be at the forefront of that wave. Since 2009, my decision to self-publish has been shown to me to have been the correct decision and I have done moderately well.

5. What advice do you have to authors just starting out?

Traditional publishing is a crap shoot and only the fortunate few ever get lucky enough to land a big dollar deal. Instead, embrace the world of self-publishing! It not only gets your work out there for others to read, it also allows an author to retain total control over their own work, which can be very satisfying and rewarding in ways that don’t always involve cash.

Mind you, as an author, I’m not getting filthy stinkin’ rich, which is a shame since I’m already filthy and I stink quite a bit. Now if I could just figure out the rich part! Oh well, I’m having more fun than the Horse-of-a-Different-Color in Emerald City. What more could I have asked for?

About The Author
James C. Wallace II, originally a native of West Virginia, currently lives in Terre Haute, Indiana with his wife Amanda. They have been married more than 26 years, with a herd of 5 children and 12 grandchildren. His background covers over 26 years in children’s education, including experience working for the world’s largest children’s museum; The Children’s Museum of Indianapolis, where he was the Planetarium Educator for SpaceQuest Planetarium. In addition to children’s books about Oz, he is recognized by NASA and the National Science Foundation (NSF) as a leading developer of web-based educational games, educational exhibit design, curriculum development and implementation. In addition, he is involved in the DiscoverHover program, which is an educational program developing and utilizing hovercraft in a unique and fun way. He now serves as the Royal Liaison to Princess Ozma, Sovereign Ruler of Oz and endeavors to fulfill her royal command to tell the tale of her newest Royal Magician to the children of the Great Outside.