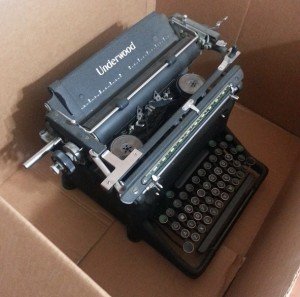 Today we welcome a new guest writer to Writer’s Fun Zone, Brian James Lane who is stopping by to chat with us today about “Leveraging Limitations for Greater Creativity and Productivity.”  Enjoy!

Often times, you may hear that to be successful in your creative endeavors you need to “think outside the box”.  This is sound advice. There is nothing more infinite than what is outside the conventional.  There is also nothing more boundless than the blank page.  Sometimes, creativity may need to be reined in so as not to be overwhelmed.  What better place than a box to give your inspiration some form? A small box.

This is not to say you would be limiting yourself.  Far from it.  The purpose of constraints is to stretch those mental muscles.  Force them to be creative in your self-imposed confines.  You are not thinking of what cannot be done in a story, rather what can be accomplished under the circumstances.

This can also help to get you “unstuck”. You can employ the same techniques to kick-start your writing. If you have lost interest or cannot figure out how to continue, limitations can help.

For example, let’s say we have an idea for a novel.  We want to write a murder mystery.  We want the protagonist to be a female and your antagonist to be someone she knows who can therefore be one step ahead of her.  Not too original, but let’s put our vague concept through some limitations.

What if we took some of the elements of story-writing and placed constraints on some aspects?  Let’s say that in our original concept, the murders were occurring in a small coastal town (so as to limit potential suspects).  The first murder victim was connected to our amateur detective because they went to college together.  The conflict is woman verses murderer, obviously, and the point of view is third-person focused on the protagonist.

Again, we are not breaking any new ground here.  Let’s change that. We can confine the plot to specific parameters.  Instead of a coastal town, how about a cannery as our setting?  All the murders and all of the suspects surround a small cannery business.  Now, we have a framework which can prompt creativity.

Let’s take our murder mystery example and run it through some other elements:

Now we have a murder mystery set in a cannery during the 1980s.  The killer tells the story, watching the daughter she secretly gave up for adoption try to solve the murder of a college roommate who was placed in several tins in an attempt to hide the crime, recently uncovered by the health department discovering a finger in an unaccounted-for can. Phew!

Certainly, you can go overboard to absurdity.  The point is not to incorporate all of your limitations, but whichever ones spawn your creative juices to take the story where you may not have imagined before.  By using this exercise, you can see just which elements you would like to leverage so as to unleash a higher yield of productivity and creativity.   You may be surprised to see just what blossoms out of a small box. 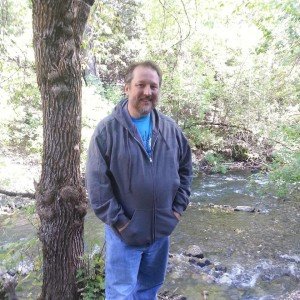 Brian James Lane is a published playwright, author, and screenplay writer. He has penned projects for William Castle’s official web site, written and produced short films, and has numerous stories and novels under his belt. He prefers horror and sci-fi with young adults as his main audience.