The Problem With Writing Erotica 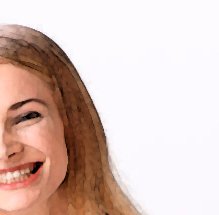 When writing erotica, sex must be the integral part of the storyline. Sex is what tells the tale, what makes our characters evolve, and what delivers the…ahem…climax at the end.

Here are a few erotica storylines a character named Alice might have:
1. Sexual Awareness / Coming of Age – Alice becomes aware of her sexual needs and acts on them.
2. Sexual Discovery – Alice is already aware of her sexuality and is willing to get hands-on experience under the sheets and, well, wherever else to see what she likes.
3. Changing Needs – Alice finds that the same old missionary position that used to get her screaming in ecstasy isn’t doing it for her anymore, so she works on achieving the big O trying out new positions, places, and people until she is satiated.
4. Fantasy to Reality – Alice’s most secret sexual fantasy works its way into becoming a real sexual experience.
5. Sexual Improvement – Alice works on being better at doing the nasty.
6. Overcoming Shyness – Alice was raised to believe sex is wrong and in this storyline, she gets introduced to all the wonders of making whoopee.

Not bad, but here’s the real question: How do you make any of these storylines interesting?

Readers of erotica, however, are not interested in painful conflict. They are interested in having an overall experience of being aroused. Harsh conflict is not arousing.

If you can’t use conflict in the story, how do you make erotica compelling?
1. Arousing Scenes – This is a given. Readers buy erotica to be aroused, so of course you better give it to them. But arousing scenes only go so far, as Norm MacDonald so elegantly put it.
2. Humor – Readers will stay glued to the story if humor connects the steamy moments together. However, humor is NOT good during a sex scene. The yucks just make bedroom bouts yucky.
3. Pacing – After reading a hot scene in bed, the reader is probably…tired. She needs to give her hands a rest! Make sure you have ample pages lead up to the next hardcore scene. That doesn’t mean you need to turn off the steam completely, just write scenes that tease and build gradually until you think the reader is ready for more exercise.
4. Startling Insight – Since there is no meaningful relationship between lovers in straight erotica (as there is in erotic romance), the relationship you still have available to build is the woman’s relationship with herself. The one thing that can make erotica compelling and memorable is how she grows and who she becomes as a result of her experiences. Make sure to always have her reflect on who she is and what she’s noticed about herself after each stimulating scene. 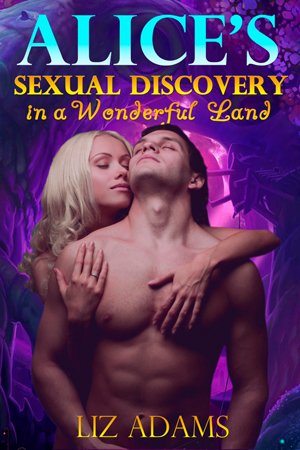 In my novella Alice’s Sexual Discovery in a Wonderful Land, I have Alice notice that she resists men who find her attractive because she thinks they’re just being shallow. They don’t know her true personality, so she avoids them. At the same time, she notices she’ll end up with no man, because if she avoids the ones attracted to her, the only other men are ones not attracted to her. This is a very real conundrum that women I know experience. I hope many readers recognize themselves having that same conundrum. Helping readers discover something about themselves is what good writing’s all about.

So that’s my two cents. Let me know what you think!