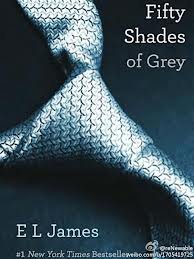 Our guest post today is Liz Adams, author of fairy tale erotica. We are honored to have her share with us some of her wisdom on how to be a successful author. And though she will be talking about being an erotica author, much of her insight and advice can be applied to all authors of fiction. Please help me welcome Liz Adams. Take it away, Liz!

Thank you, Beth. I’m so pleased to be here. I’ve heard a lot of erotica writers say, “I don’t get it! Why is 50 Shades of Grey so Popular?” Many of us get our panties in a bunch, jealous that someone else’s first-time work of erotica can be a national bestseller. The truth is, what Erika Leonard, aka E.L. James, did can be a guide for all of us fiction authors, and you, too, can become a bestselling author.

What’s the story behind her story?

So why is she so successful? How can other erotica writers become as popular?

What’s a girl to do?

My book coaches said some things that gave me an idea. Ezra Barany, award-winning author of the bestselling thriller The Torah Codes, said that the best way to have people spread the word about your book is to include controversy in the story. Beth Barany, author of the grand-prize winning YA Fantasy novel Henrietta the Dragon Slayer, said the cover of the book should convey the promise of the experience for the reader.

Knowing that controversy helps spread word of the book around, I try to incorporate controversy in my fiction now. In my most recent short story, which is published in Naughty Nights Press’ anthology Campus Sexploits 3: Naughty Tales of Wild Girls in College, I reveal why women should cheat on their boyfriends and husbands. As soon as the anthology was released in September, I saw a spike in sales of my other books.

Surely there must be other reasons why books become popular by word-of-mouth. Not every popular book I’ve read has controversy. What other reasons are there for people to tell others which book to read? Amazing plot twists? Stories that stir extreme emotions from the reader? Share in the comments below why you think people talk about a book. What makes it good enough to tell others about? I want to know what you think. There must be something besides just controversy.

So what does all this have to do with 50 Shades of Grey?

What I’m saying is that the book was marketed to the wrong crowd. It got purchased by readers who didn’t know what experience to expect. The shock of the experience is what I think created the controversy.

In part 2, I’ll lift the skirts on another example of a book that seemed to succeed for the same reason; because it was marketed to the wrong crowd. I’ll also reveal how you can use this strategy to help make more sales of your own book. Read part 2 here.