The Daydreaming Paradox by Nevada McPherson 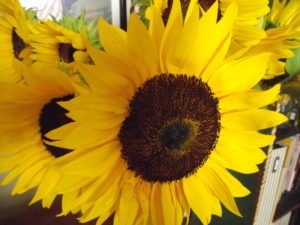 Let’s welcome back monthly columnist Nevada McPherson as she shares with us “The Daydreaming Paradox.” Enjoy!

I used to get into trouble in school for “daydreaming” and not paying attention. I liked school in general but sometimes I would sit and make up stories.

Many of these stories became my very first pieces of writing, and I filled notebook after notebook with my efforts. I thought it was worthwhile to daydream because that’s how I worked out the intricacies of plot and character.

It was often difficult to convince others however that I wasn’t just wasting time, shirking my academic responsibilities and (gasp!) was just plain lazy.

I did do my best in school, but I admit my mind was apt to wander, sometimes when I wasn’t even aware of it. And not just wander anywhere, but to where I had a story under construction.

Since as writers our stories play out first in our minds on the big screen of our own imagination, there’s a great deal going on behind the scenes that people who are close to us just can’t see and don’t understand.

“Our stories play out first in our minds on the big screen of our own imagination.” –Nevada McPherson

What looks like pointless preparation and planning to them might be setting the stage for our magnum opus, or at least for another important chapter or scene in the story we’re writing and hence in the world we’re creating.

If they ask what we’re doing and thinking about and we try to explain, we often receive a glazed look, which sometimes makes us try harder to explain, even to the point of being out of breath! What we do is important to us but to try and convey that importance to others can be frustrating at best and demoralizing at worst.

What we do is important to us but to try and convey that importance to others can be frustrating at best and demoralizing at worst.

That’s why I’ve decided not to explain anymore. The work speaks for itself and to try and justify it is not worth the effort. If people are genuinely interested it can be fun to talk about one’s work, but if it’s just a matter of convincing someone that what I’m doing matters and has any merit whatsoever beyond just being an entertaining hobby for myself—I’m done.

If people are genuinely interested it can be fun to talk about one’s work, but if it’s just a matter of convincing someone that what I’m doing matters and has any merit whatsoever beyond just being an entertaining hobby for myself—I’m done.

In past posts, I’ve talked about how to find time to write even if you have a hectic schedule: writing on the run, in between little everyday tasks, and other ways you can try to get that work done at all costs.

Today I’m giving myself and anyone else who needs it permission to relax and to daydream.

Click to Tweet: “Today I’m giving myself and anyone else who needs it permission to relax and to daydream.” –Nevada McPherson”

Sometimes the best ideas come when you’re at rest, whether sitting on the beach, walking or observing a garden. So daydreaming is just another way to invite the muse!

When you daydream, you’re thinking, but not holding on too tightly to the outcome.

There are so many ways stories can play out; if you don’t sort through various possibilities, how will you come up with the right one?

So try it today—it’s summertime, and you deserve it! Happy writing! 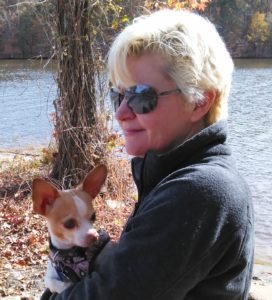 Nevada McPherson lives with her husband Bill and rescue Chihuahua, Mitzi in Milledgeville, Georgia, where she is an associate professor of Humanities at Georgia Military College. Nevada received a BA in English/ Creative Writing and an MFA in Screenwriting from Louisiana State University-Baton Rouge. She has written over a dozen feature-length screenplays, plays, short stories and the graphic novels, Uptowners and Piano Lessons. Queensgate, the sequel to Uptowners, is her third graphic novel. For more information, visit www.nevada-mcpherson.com.