PREPARE, FOR NANOWRIMO IS COMING… by Jami Gray 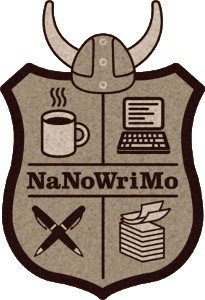 Let’s welcome back monthly columnist Jami Gray as she shares with us  “PREPARE, FOR NANOWRIMO IS COMING….” Enjoy!

Did you see that blur? Were you able to make out the bits of green of Spring 2015? Or the shimmery waves of heat of Summer 2015?  Did you miss the burnished coppers of the impending Fall 2015?  I sure did.  As a matter of fact, when I bothered to poke my head up lately, do you know what was staring back at me?

It goes by many names—NaNo or NaNoWriMo or Hell—but no matter what it’s called, don’t mistake it for anything other than the opening skirmish in one of the toughest battles you’ll face.

As I write this post two hormonal males run through my modest homestead utilizing turret-type one-liners, including, “This is Sparta!” and “It’s just a flesh wound”.

I find both very apropos so I shall steal their battle cries.

Your mission, should you choose to accept it, is to write 50,000 words in thirty days. This means a minimum of 1666 words every damn day for the entire month of pre-Christmas shopping and stuffed turkey family gatherings of November. (I could set it up like a math problem, but then I’d start to cry and walk away.)

Remember, this is a challenge, something you’re going to have to suffer work at, to achieve, otherwise how will you garner the lovely glow of accomplishment by battle’s end, instead of preparing for a padded room and a white suit with buckles?

For writers who have found the secret of super-gluing their butts to the chair and their fingers to the keyboard for the other 335 days of the year, they may look out the window above their holiest of holies where their brilliance is born, to return the strolling NaNo’s cheery wave. It’s just another passing month in the year.

For the rest, you’re just gluttons for punishment.  Let’s look at my track record at NaNo…

Year one my grand total was 18,480, which you won’t see on my nanowritmo.org profile because well, I messed up my author profile and it got deleted. (It was an accident, I swear!)

Year two I hit the 50K goal and most of those words are still part SHADOW’S MOON (released 2014), but trust me, the original composition was very different than the final product.

Last year was a doozy and I was still in serious recovery from a horrendous October when NaNo took the field, so I had to beg off.

While I will not be joining the ranks of Word Warriors this year, I encourage those who are looking for that swift kick in the keister to carve the habit of a daily word count bone deep to take up the pen and craft your own battle cry. May I share a few enduring words of wisdom for consideration, so on November 30th, your celebratory dinner doesn’t turn into the Red Wedding scene from Game of Thrones.

Do not mount your trusty steed without making sure you have your armor, weapon and sacrificial page…planning is the key to winning the war.  Make sure you know which characters will be accompanying you on this journey and why they’re here in the first place.

Once engaged in the battle, do not look back! Not that you’ll turn into a pillar of salt but if you dare to glance behind you, I promise the big, sneaky guy on the black horse will wallop you upside your helmeted head and leave a dent.  Remember, the purpose of this particular battle is bring forth the words. Write them, don’t worry about how tense they are (there will be time to relax them later) or how they lose track of their spots. Get them down and keep going.

There will be days, hours, nay minutes where you will be besieged by warty little gnomes of doubt. Ignore them. They’re just insecure and in need of OxyClear. If they manage to snare you in their tangled skeins of mischief and keep you from your pen, come at them from a different direction—use one of your other characters to set the scene or sound the warning. Switch your voice, it will confuse them because again, warty little gnomes of doubt do not deal well with change.

Then write some more.

When the battle is complete, remember, it is a small, but necessary part of the war.  If, by the end of November, you have 50,000 sparkly new minions, I salute you, but you are not yet done.  If your minions are less because you lost some to the dreaded turkey feast and Christmas shopping, fear not, you too, are not finished.

This is a battle, not the war. Take a day, maybe a week, but not more than a month, to celebrate the win of getting your pieces into play. When you come back, revisit your strategy, embellish, kill a few unnecessary characters, bring others into the spotlight…

Add to your word tally.

Now that you have won the Crown of Pages, you are ready to take on the Quest of the Writer.
I bow before you and wish you Godspeed.

May the Muse be with you! 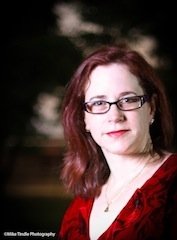 Jami Gray is the award winning, multi-published author of the Urban Fantasy series, The Kyn Kronicles, and the Paranormal Romantic Suspense series, PSY-IV Teams. Surrounded by Star Wars obsessed males and two female labs moonlighting as the Fur Minxes, she escapes by playing with the voices in her head.

If you want to hunt her down, she can be found lurking around the following cyber locations: