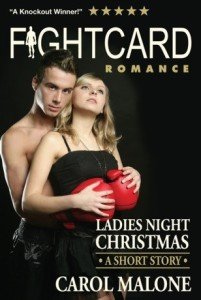 This material first appeared as a course within the Group Coaching Program for Novelists where Carol is an assistant mentor. Click here  for more information about the program where we help novelists write, edit, publish, and market their books with joy, love, enthusiasm, and smarts.

Welcome back author Carol Malone today as she discusses creating responsive characters. She will give definitions and examples of how to write with this device effectively so your readers will enjoy the action and thought processes of your story. Enjoy!

“What’s going on?” Nathan sat up, stretched. “What’s all the noise?”

Hertzog snorted. “Your old lady’s out there and she’s pissed.” He smirked at his own funny, then turned to saunter out, whistling all the way back outside to the truck bay.

Nathan opened his mouth then shut it.

[He felt trouble about to sink its jagged teeth into the back of his neck.] *His gut clenched.* [What had he done this time? Had he forgotten to pay a bill or let the cat out? Had he missed her birthday?] Lately, Amy found fault with everything he did}.*It was enough to have him grind his teeth in frustration.

Unclenching his teeth, he slammed his test book shut, tossed it in the top drawer of the bedside chest, and jumped off his bed. Banging the door of his locker closed and he followed the gnat* ‪ #‎He prayed to God he could get through the next few minutes. #(Time to deal with the new crisis.)

The above example is of a character responding mentally, emotionally, physically and spiritually to conflict.

How do we craft characters who respond physically, mentally, emotionally and spiritually to what’s the conflict around them?

My character Nathan Harte has a confrontation with one of the other fireman who bugs him. Worse yet, is that the character he calls a “gnat,” has brought disturbing news−his wife is in the fire house and she’s upset.

We want our characters to have appropriate and human reactions to the crisis and conflict in the story. That’s what makes our characters appealing and believable.

Like Beth has instructed so many times, our characters have goals, feel strongly motivated to pursue those goals, and then are faced with roadblocks before their goals are achieved.

It is their background, their deep feelings, and personal beliefs that fuel their reactions to any given conflict.

In a workshop taught by Laurie Sanders, she calls this character reaction and writing it successfully, “Depth of Characterization.” It’s about implementing all those character traits we have written down on our endless character biography sheets and SHOWING who a character IS and how they respond given the conflict.

Not always easy to do, but so worth the effort to learn how.

For instance, my gentle fireman, Nathan in the above example, is into restoring old cars with his father. When his father is struck down by a debilitating stroke, Nathan deeply misses the association they had while installing car parts. Sometimes he compares his relationship to the heroine in fireman and auto references. So he sees the world through the eyes of a fireman, a car restorer, and a peace-loving soul.

There are four ways people and characters experience stressful situations.

So to make our characters feel real, we have to know them extremely well.

1.  What event from their background and personal history will cause them to react in a certain way?

2. What will they think about the conflict that arises in their lives?

3. What is their emotional response to the conflict and why?

4. Do they have a spiritual response because of their religious beliefs?

5. And when they consider their options, what decision will they make and where will it lead them?

Hopefully, if you answer the above questions: 1, 2, 3, or 4; you’ll be able to create believable characters who have human emotional responses, make decisions, then take action. This new action will lead to the next conflict, and so on until “THE END.”

SHOWING physical sensations, smell, sounds, tastes, feelings, and thoughts is quite different from telling the reader your character is reacting in a certain way. The real trick is learning how to show those emotions in such detail, that we as readers identify with them and they will fight through the conflict right alongside the characters.

As Laurie Sander suggests, “You can replace the words SHOW don’t TELL with the words – ‘show detail, don’t summarize!'”

Look closely at your novels. See if there are certain spots in your story that could benefit from a more detailed response from your characters.

It is not necessary to have all four reactions to every scene or line of dialogue.

Sometimes only a word or two will suffice, but going deeper, reaching inside our characters to discover what life experiences has brought them to this point will aid you in detailing their responses.

Whatever you decided is the best reaction, make sure it is central to the POV character’s current experience and moves the plot along.

If you’d like to share what you’ve discovered, please do so in the comments below. I’d love to hear from you. 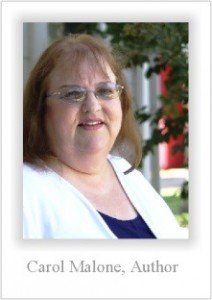 Carol Malone successfully combined her three passions—romance, sports, and writing in her 4 and 5-Star rated book, “Fight Card Romance: Ladies Night,” and her latest, “Fight Card Romance: Ladies Night Christmas,”  a short story sequel. Carol became the first woman to punch her way into the male-dominated genre of pulp boxing with her tender love stories. She tempts readers to scramble into a front row seat for an action-packed thrill-ride. If not hammering out new tales, Carol is reading, watching sports or the Food Network on TV, or hanging with her author husband on the Coast of California. She loves her readers and invites you to come to her website to chat about sports and amour.