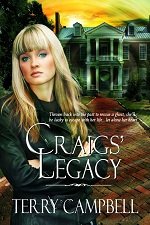 Enjoy this post from one of our monthly columnist, Bobbye Terry.

Not too long ago, the owner of one of my listservs asked this question: is time travel classified as science fiction? There were mixed answers, but many proclaiming to be science fiction purists said “no.” This, to me, makes no sense. I mean, even Mark Twain’s A Connecticut Yankee in King Arthur’s Court is considered a sci-fi fantasy. So why would so many proclaim it as not of the genre? Conclusion: time travel in fiction is more than sci-fi.

It is cross-genre and anything that can’t be easily classified as one thing is shunned as fitting at all. Think of the elements of a time travel. Most are part contemporary. There is a hero and/or heroine in the present who is caught in a situation where he is unhappy or must go one an adventure to solve some issue or problem, or he is forced to make the journey to suit someone else’s agenda.

It is an historical/futuristic/alternative history novel where things are quite different from the status quo of the present. It is a science-fiction novel in that we don’t know if time travel is possible and it can be a fantasy as it often incorporates fictional characters or ghosts/ other supernatural beings. Finally, it can also be a romance, or a mystery, or a thriller, etc.

Someone who writes a time travel must learn to be skilled at writing more than one genre and attempt to do them well.

Craigs’ Legacy is the story of a modern day financial whiz who is pushed back through time by the ghost of a Confederate Colonel to save his life against three Union deserters. Is it possible? Not that we know of.

Was technologically advanced equipment not yet known to man used? No, he pushed her back into an old wardrobe. But, did her body actually pass through a wormhole or cosmic string? Who knows? We may find out one day it can be done.

However, the story itself, though demonstrating how changes in our past can influence the present and the future, is a romance, is an historically-accurate account of times as they existed in 1864 Virginia, is a fantasy in that a woman can find her true love and hold on to it through time.

I am pleased it can be offered as a book that crosses four distinct genres. What’s your stance on time travel?

Note: Craigs’ Legacy, Black Opal Books, was co-written with Linda Campbell under our pen name, Terry Campbell. Psst, it’s also up for PNR Time Travel of 2011 at www.theromancereviews.com, so if you’d like to vote for it, we’d love the vote.

Bobbye Terry is a multi-published author of several different genres. She writes fantasy and science fiction under the pseudonym, Daryn Cross. Her science fiction series, The Cash Chronicles, currently includes two cyberpunk novellas, Frozen Assets and Full Moon Rising, but the prequel to the series is an historical set in mid-nineteenth to the early twentieth centuries. The story, Millicent, introduces the villainess who is responsible for the dystopian U.S. of 2145. See just what made her the power-hungry woman she becomes.

Her next fantasy novel, This Magic Moment, releasing from Turquoise Morning Press, debuts in December.