The Happy Nexus of BayCon by Mike Robinson

I recently met Mike at BayCon, where I presented on 3 panels. He was happy to share his experience at this busy and fun science fiction/fantasy fan conference that happens every year over Memorial Day weekend in San Jose, CA. Enjoy!

After nearly a decade what I call my self-instilled MFA program — writing a novel a year, an omnivorous literary diet, and much experimentation — I released my first novel, Skunk Ape Semester, through Solstice Publishing. Two more followed, from Curiosity Quills Press, and I was suddenly (yet slowly) building a brand, which these days requires as much ingenuity and finagling as writing and publishing the actual book (don’t read that as me calling myself a genius, just, well, you know…). As I don’t have the resources to launch a huge campaign, a steady intravenous feed of Mike Robinson-brand readings, appearances, reviews and writings is in order, to be deployed indefinitely. This includes, of course, selling at conferences, or “cons”, and not necessarily ComiCon, where most go to worship at the altars of J.J. Abrams or Joss Whedon. No, I had to work closer to the beating hearts of fans, or potential fans. I had to go places like BayCon.

Any and all doubt of having arrived at the wrong hotel was abolished the moment the sliding doors of the Hyatt Regency parted to reveal the odd mixture of people within. Spread across the bar and the lobby cushions were slick-haired, crisply-dressed Silicon Valley businessmen and women, hustling to make appointments or smiling wide over drinks, oddly intermingled with those dressed as Klingons, or elves, or warrior women, all anxious and anticipatory on this eve of BayCon, the fittingly-named Bay Area science fiction and fantasy convention in Santa Clara.

This was my first year. I wasn’t sure what to expect. I’d been to LosCon, the quaint Los Angeles convention, and more recently I’d been to Anaheim’s WonderCon, far more dynamic and colorful and explosive, a sort of Diet ComiCon. Truthfully, I wasn’t even sure what kind I was in the mood for. But according to legend, BayCon straddled a happy medium, and leaned more literary than the others, focusing less on games, comics and movies. In 2012, a good friend and fellow novelist sold out her entire stock. Thus the legend was born.

And so, as I discovered firsthand, the legends are true. BayCon is a great place to go for writers, particularly those with books to promote. Within ten minutes of beginning my shift, I sold three copies, matching my total for the entirety of WonderCon. Although some of the patrons continued some archetypal traditions of previous shows, I came to know in-person a  unique, remarkable, and, I imagine, rare thing: so many of them were there specifically to discover new writers to fall in love with. I’d seen such impulses in strings of message board or social media text. But in all the bookstores, festivals, fairs and conventions I’d been to, I’d never experienced this desire up close. In all honesty, great as it was, it also put a greater weight of responsibility on my shoulders. I hope I’ve given them their money’s worth, especially the man who waited patiently through a lethargic wifi signal to proudly showcase to me his digital purchase.

But I suppose “hero” is an odd word choice, as unlike other speakers at other conventions, I sensed no elevation or pretension from anyone at BayCon, where it is patently apparent that everyone is just another shade of fandom. Whether expressing their ardor in finely-knit costumes or a published novel or digital canvas, all of it pours from the same pool of appreciation, of homage to the worlds beyond worlds that have beckoned generations. 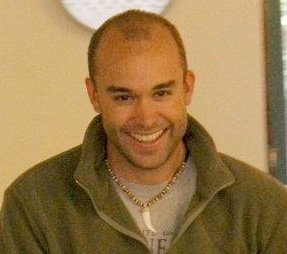 Mike Robinson, an L.A.-based writer since age 7, is a freelance editor. He’s released three novels, Skunk Ape Semester, The Green-Eyed Monster and The Prince of Earth.