Then My Book Bombed — Surprise! A Confession by Keri Kruspe

Let’s welcome back monthly columnist Keri Kruspe as she shares with us “Then My Book Bombed — Surprise! A Confession.” Enjoy!

In my journey to become a best-selling author, I know I’ll have setbacks.

Even with that in mind, I was confident that the new series I was launching would attract my targeted audience even better than my first series in the same genre.

I mirrored everything I’d done with the last book I launched, which resulted in solid preorders and enjoyed a tick in sales for months following the launch.

With that bit of experience under my belt, I felt everything was on track. And why shouldn’t it?

I had help: beta readers read it before I sent it on to my editor.

I posted the cover, title, and the blurb on social media weeks before launch.

Once the editor finished, I offered free copies for folks who agreed to write a review (ARC readers) before it was released.

I was so excited to have around twenty-five people take me up on my offer, which resulted in a respectable 4.5 stars of the book its first week out.

No one, I mean no one, not once, mentioned there were any problems.

I can’t tell you how shocked I was when the book bombed when released. Big time.

Ha… that’s what I get for thinking I know what I’m doing. 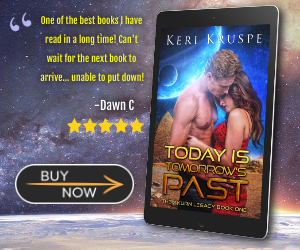 My Book Bombed: The Amazon Ads

When I mean it bombed, here’s what I’m talking about.

I put in ads on Facebook, BookBub, and Amazon for launch week. I’ve worked with these platforms before on my other books, so I’m kinda familiar with them. In the past, my ACOS (Actual Cost of Sales) has always been high, but I’d still gotten respectable sales when I used them.

Not so with this book.

The Amazon (Amz) ads alone generated over 13,000 impressions, but did not generate one sale from those ads within a two-week period.

I could say the same for BookBub (BB) and Facebook.

Now What Could I Do? I Was Not Going to Give Up

Scrambling and doing some research, it became apparent I needed to focus on at least three key elements since the book itself had respectable reviews: the cover, the blurb, and the title.

So, I took a hard look at each one. 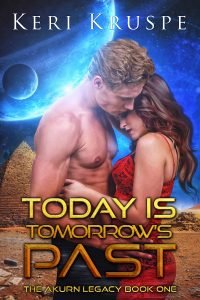 I had my cover done by a professional. It is vibrant and eye-catching. But did it “scream” my genre of SciFi Romance?

Yes, it’s got planets and a sexy couple in a loving embrace. While my man doesn’t have an alien appearance (not a different inhuman color or anything), no one had said it looked anything different than the genre it’s supposed to be.

Now here I believed I had room to grow.

I contacted my writing coach, Beth Barany, and she and I spent a good hour or more analyzing and going over what I had.

While the words were grammatically correct, there were overall errors that had to be addressed.

Beth recorded our session and will make it available for folks to learn from my mistakes.

Instead of boring you with the entire blurb, here is the same paragraph after three revisions:

Having just survived a tragic bombing, the last thing Ben Duncan wanted to do was take on a new assignment. However, once he meets the intriguing Julienne, he recognizes there is more to her than anyone knows. But getting involved with the delectable woman is the last thing he’s free to do. His ancestors, the aliens from the planet Akurn, are headed back to kill billions of humans and subjugate Earth. He along with his brothers are targeted to be the first to die.

The last thing hybrid alien-human undercover agent and empath Ben Duncan wants is to take on the next assignment protecting humankind. His ancestors, the aliens from the planet Akurn, are headed back to kill billions of humans and subjugate Earth. He just wants some R&R. But he knows he’s the only one who can uncover this essential ally at the bank in the fight against the Akurns. When he meets his bank liaison, the intriguing Julienne, he’s alarmed at the instant attraction. He doesn’t have time for this. He needs to rout out the Akurn spy inside the bank and find his ally before the Akurns arrive to Earth.

Then I posted the new blurb on a FB group I belong to for writers of the SciFi Romance genre. With their advice and some final edits from Beth, it ended up like this:

Just his luck, alien-hybrid Ben Duncan is the only one for the job. Being an empath and a financial wizard, he’s called in to uncover an essential ally at a small regional bank in Vegas to thwart a plot his alien ancestors, the Akurns, seemed to have started there. If their heinous plans are successful, the global economy would crash and weaken mankind for their invasion in less than five short months. When Ben arrives at his assignment as a covert consultant, he meets the intriguing Julienne and is instantly alarmed at the intense attraction he has for her. He’d love to indulge in his obsession with the delectable woman, but knows he has no choice but to stay as far away from her as possible. The fate of billions don’t leave time for anything personal. 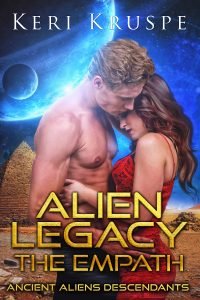 hen I took a hard look at the title. I admit, this was a toughie for me. I had an emotional investment in this title. But, to become a successful author, sometimes hard choices have to be made. Tossing my ego out, I again asked for help.

Beth started with some great suggestions that I expanded to my FB group. I was caught by surprise when a majority of the respondents said they thought the title was a time travel romance, not a SciFi one!

I posted a poll on my FB group. That’s how the book went from Today is Tomorrow’s Past, the series title The Akurn Legacy…

Holy cow, if that doesn’t scream SciFi Romance, I don’t know what does.

Conclusion: Did it Make A Difference?

I hate to confess: I have no idea if these changes will attract my audience better or not.

I’m writing this article in September and I can’t change the title on the cover until the first of October since I have some marketing promos scheduled then.

So… watch this space. I’ll let you know if these changes made a difference. 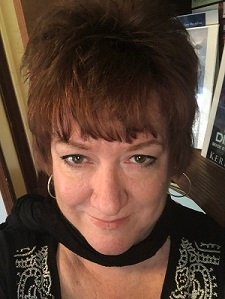 has been an author since the age of twelve and has always been fascinated with otherworldly stories that end in Happily Ever After. Author of Otherworldly Romantic Adventures, Keri’s first series is An Alien Exchange trilogy. An Alien Exchange is the first book in the arousing Alien Exchange sci-fi romance series. If you like sexy aliens, feisty heroines, and fast-paced action, then you’ll love Keri Kruspe’s steamy space adventure.

Keri now resides with her family in the wilds of Northwestern Michigan. An avid reader, Keri enjoys good wine, good food, and watching action/adventure movies. You can find her most days immersed in her fantasy world of writing or traveling with her hubby in their RV, discovering intelligent life here on Earth. For goodies, news of upcoming releases, sign up for her newsletter at www.kerikruspe.com.