Freewriting: Looping Through the Summer by Nevada McPherson 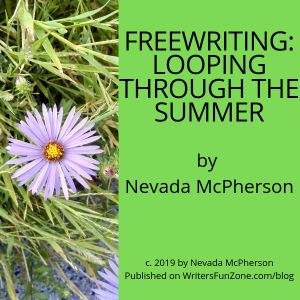 Let’s welcome back monthly columnist Nevada McPherson as she shares with us “Freewriting: Looping Through the Summer.” Enjoy!

We’re now well into the summer and I’m in the midst of my NaNoWriMo novel rewrite. It’s going quite well and it turns out that some of the freewriting material that I included is quite useful.

As you may remember from my earlier posts, I adapted one of my screenplays and found myself with many more words left to go to meet my word count of 50,000.

When the mood struck me, I would freewrite to see what that yielded, and some of it was quite good.

Never underestimate the power of freewriting!

Now that I’m revising, I’ve taken some of those portions out and added others.

As you likely know, freewriting helps to break through the inertia of staring at a blank page or screen, and it served its purpose in propelling me forward.

Another aspect of freewriting is called “looping,” where you freewrite and then take what you can from that, and freewrite again to see what that yields, and go on from there.

I believe what’s happening now with my novel is a variation on looping, where I’m into the next stage of discovering what I can build on that is useful from what I’ve already written.

It’s been quite a while since I worked on a writing project of this length. I’m discovering new processes that I look forward to using again for my next screenplay adaptation/ novel, and yes, for my next NaNoWriMo project.

Screenplays on the horizon

I can see some possible new screenplays on the horizon as well, especially when I’m out for walks with my Chihuahua Mitzi. So as I develop those ideas I’ll make an outline, some character sketches, and then start freewriting all over again.

The difference between doing this for a screenplay versus using freewriting for a novel is that in the screenwriting scenario I’ll use it to help me to bring characters and storylines into sharper focus.

For the novel, more of what the freewriting generates will likely remain in the final draft. Not raw and unadulterated of course, but the most relevant and illuminating parts that I can shape around the bones of the story to flesh it out.

The sheer brevity and economy of the screenplay form makes it quite different from the novel where one can more freely include background material, memories, thoughts and interior monologues.

So much to do, and the summer flies by so fast!

I hope we can all slow it down this season, to savor the best things and create our best work, ready to launch it this fall and unleash it on the world. 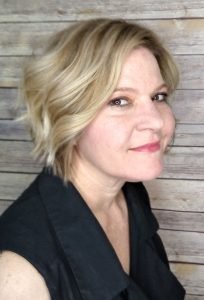