Writing What I Am Not by David Strom 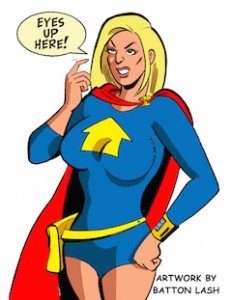 Welcome to our guest columnist, David Strom.  An author who puts funny into his superhero stories, as he shares with us “Writing What I Am Not.” Enjoy!

Dirty Harry said, “A man’s got to know his limitations.”

I am a 60 year old man. I write superhero stories, Super Holly Hansson being my Superman. To make her easier to write, I made her like me: Swedish American, liberal, comic book geek, writer, short-temper (I control mine), and 25 years old (I was that once). But I’ve never been a woman. So I had women critique my stories, and I rewrote.

Dave M. Strom is a technical writer who has written about superheroine Holly Hansson since the novel The DaVinci Code. He puts funny into his superhero stories and has women clobber the bad guys. Dave reads comic books, watches cool cartoons, and occasionally performs at open mics.