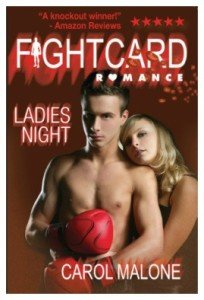 This material first appeared as a course within the Group Coaching Program for Novelists where Carol is an assistant mentor. Click here http://coaching.bethbarany.com/ for more information about the program where we help novelists write, edit, publish, and market their books with joy, love, enthusiasm, and smarts.

Welcome back author Carol Malone today as she discusses the writing tool knows as “scene and sequel.” She will give definitions and examples of how to write with this device effectively so your readers will enjoy the action and thought processes of your story. Enjoy!

It had to be 110 degrees in the courtroom on that hot August day. Lily sat in defendant’s chair twisting her hands together. She couldn’t go to prison for a murder she didn’t commit. She watched as Judge Lund received a small slip of paper from the bailiff, opened it, frowned, and closed it quickly. He turned to the jury foreman who was still standing. “On the count of murder in the first degree, how does the jury find the defendant?”

The foreman sneered at Lily. “The jury finds the defendant … guilty!”

For a moment Lily, can’t breathe. Then the back of her neck heated. How could this happen? This was Brenda’s fault. She’e lied on the stand. Lily jumped to her feet, whirled around and pointed a blood-red fingernail at Brenda. “I’ll kill you, you lying bitch.”

The above example is something in the writing community known as “Scene and Sequel.”

What the devil is Scene and Sequel and how do you write with it?

Some people call it – action / reaction. We all know what a scene from our favorite TV show looks like. It is the drama between commercials. In writing, a scene is a situation you place your Point of View character in and force them to struggle with their goals. Conflicts arise to block them from reaching their desired goals. Finally, disaster strikes, or they’ve failed to reach their stated goal. Sequel is a reaction to what just happened in the previous scene, or what the character feels about what just happened. Now that they’re presented with a new quandary, they must make new decisions and that leads them into more goals, conflicts and disasters. Really great example found: http://vastimaginations.wordpress.com/2013/03/12/solving-story-flow-issues-with-scene-and-sequel/

According to Jack M. Bicham, author of “Scene & Structure,” a scene is “statement of goal; introduction and development of conflict; and failure of the character to reach his goal, a tactical disaster … A sequel begins for your view point character the moment a scene ends … [then] he is plunged into a period of sheer emotion, followed sooner or later by a period of thoughts, which sooner or later results in the formation of a new, goal-oriented decision, which in turn results in some action toward the new goal just selected.”

Now that you know all about writing Scenes and Sequels, can you tell from the above excerpt which was scene and which was sequel?

The goal, conflict and disaster start at the beginning and end with the word, “guilty” in the above example. The sequel is Lily’s response – feeling shock, anger, then she thinks about what’s happened and then she is presented with another dilemma, Brenda’s lying. Finally Lily acts. Her action sets up another scene with a new goal, conflict and of course, another disaster. And so on and so on until the end.

Dwight Swain has another term he likes to throw out there which might help us learn how to successfully write great scenes with equally great sequels. It’s a “specialized type of cause-effect pattern which we term ‘motivation-reaction.’ [He also calls them motivation-reaction units or MRU’s.] It is a cause and effect applied to people. Cause becomes motivating stimulus … effect, character reaction.”

Motivating stimulus occurs outside the POV character and his reaction, psychological or physical, is the reaction.

I’ll give you a personal example.

We just got back from a two week vacation. I had parked my car in the garage and left the windows rolled up in the hot garage, and the doors locked. (You can’t trust anybody these days.) When I returned home, I had to drive my car to work. I opened my car door, took a big whiff and froze. The image of riding in my grandmother’s old Desoto immediately popped into my head—that smell of old leather, decay, dust, and closed-up car. That was my visceral reaction to the smell. Our scenes and sequels should be equally as amazing and cause such a reaction.

Scenes and sequels can be as small as two short paragraphs. But they shouldn’t be without the six or seven elements as described by Randy Ingermanson: http://www.advancedfictionwriting.com/articles/writing-the-perfect-scene/

A Scene has the following three-part pattern:

A Sequel has the following three-part [4th added] pattern:

Randy puts forth this call to action: “You need to write paragraph after compelling paragraph, with each one leading your POV character smoothly through from initial Goal to knuckle-whitening Conflict to bone-jarring Disaster, and then through a visceral Reaction to a horrible Dilemma and finally on to a clever Decision.”

Perhaps you’d like to take a stab at writing a MRU. It’s a basic writing formula that you could try on one paragraph scene from your writing. Identify the goal, conflict and disaster within one paragraph and write the next paragraph with your character’s reaction emotionally. Have them face the dilemma, make a decision and act. This action will cause a new goal and the cycle repeats itself—Scenes and Sequels within a larger scene.

Your challenge:  I’d like to challenge you to see if you can write a MRU. Post your two short scene and sequel paragraphs below and I’ll get back to you with my comments. Good luck! 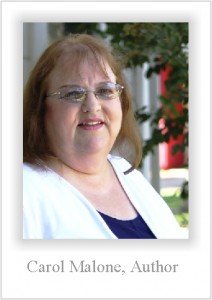 Carol Malone successfully combined her three passions – romance, sports, and writing in her 4 and 5-Star rated book, Fight Card Romance: Ladies Night, and became the first woman to punch her way into the male-dominated genre of pulp boxing with a tender love story. She entices readers to scramble into a front row seat for an action-packed thrill-ride. If not hammering out new tales, Carol is reading, watching sports or the Food Network on TV, or hanging with her author husband on the Coast of California. She loves her readers and invites you to come to her website to chat about sports and amour.