The Key to Writing Fantasy by Ryk E. Spoor 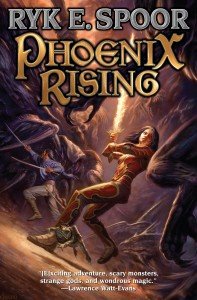 I’ve been writing fantasy – in one form or another – for over thirty years, though my first published work was the urban fantasy/mystery book Digital Knight in 2003. Following that I wrote Diamonds Are Forever, a sort of “backwoods fantasy” (with a bit of help from Eric Flint). More recently, the first book in my Balanced Sword trilogy, Phoenix Rising, was published by Baen in 2012.

The first rule to writing ANYTHING is… there are no rules. “They’re more like… guidelines, actually,” as Barbossa would say. Any rule I mention can be – and has been – broken and the resulting book has still worked well. With that in mind, there are some basic principles to keep in mind, and one of them stands head-and-shoulders above the others:

If you’re writing urban fantasy, well, you can probably take some advantage of what you know about our world, but if you’re doing an epic fantasy, you’re creating a universe out of whole cloth. You have to keep track of it, and more importantly, understand it. Why do things work the way they do? Who runs it? Why are your heroes involved, and what makes them the ones to get involved rather than someone else?

A specific area of concern is to understand whatever strange powers you add to the world. Knowing what magic cannot do is just as important as knowing what it can, and knowing how it works will tell you what the reader needs to know in order for them to not feel tricked or cheated when you introduce various abilities. It is vital that a reader not look at your story and say “What? You just pulled that out of your ass!” when the hero (or villain) does some new trick.

Magic may have a drastic effect on your universe in more than the obvious ways. Again, this may be more obvious in urban fantasy settings – we know how big a deal it would be if two wizards had a building-wrecking duel in the center of Chicago, or a Dragon landed on the Empire State Building, or someone started offering teleportation services for travel.

In epic fantasy, we have so many memes – sword-wielding warriors, wizards, elves, dwarves, etc. – that are also intertwined with particular visions of castles and countrysides that it’s easy to forget that a world with functional magic, active gods, multiple intelligent species, and supernatural monsters will not be the same as ours. Such powers will affect everything about your world, start to finish.

In Phoenix Rising, Zarathan often has a surface appearance of a medievaloid civilization – no cars or engines in evidence, armored warriors, most people walking or riding animals, etc. – but it is in fact drastically different. The overall standard of living in the State of the Dragon King is in fact on average higher than it is in any developed country on Earth. They have “coldboxes” which are magical refrigerators/freezers, mystical equivalents of everything from hair-dryers to vacuum cleaners, security cameras, alarm systems, and of course both healing spells – of greater efficacy than our modern medicine – and weaponized enchantments and items fully the equal of our own technological weaponry. The armored warriors have learned techniques of dealing with magical opponents, while the magic-wielding ones are capable of feats that all our technology couldn’t replicate if you had a billion dollars to work with.

This all directly influences the story; for example, there is a key sequence in Phoenix Rising which is often nicknamed “CSI: Zarathan” because it is so obviously similar to… yet drastically different from – the modern analysis of crime scene evidence. The precise way in which magic – both mortal and deific – influences multiple events lies ultimately behind many of the key questions of Phoenix Rising and its projected sequels.

Knowing your world also includes knowing more than you will ever show. If you know more than you detail, you can give a much greater feeling of depth to the story, just by occasional references to things that are never detailed to the reader. In Phoenix Rising and the projected sequels, the main characters only visit a few points on the huge map provided… but we hear hints of those locations, mentions of distant events, and so on, which helps to enlarge the feeling of being in a living, breathing world – and I know what’s behind those hints.

There are many other hints and tips I could try to give on how to write fantasy – or SF, for that matter – but to me, none of them would be more important than those three simple words: Know your world. 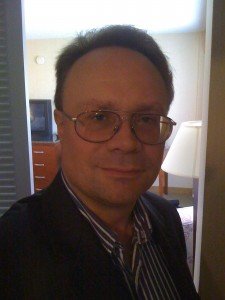 Born in Omaha, Nebraska, Ryk E. Spoor is a long-time gamer, SF/F fan, and author of science fiction and fantasy, published by Baen Books since 2003. His works range from hard SF to epic fantasy. He lives in Troy, NY with his wife, 4 children, and a poodle.  Find out more about Ryk on his website, www.grandcentralarena.com.