Let’s welcome back monthly columnist, editor, and novelist, Kay Keppler, as she shares with us “Make ’Em Laugh.” Enjoy!

Comedy is subjective, and, in addition, it comes in many types: farce, slapstick, satire, or macabre. It can be sophisticated, like the work of Noel Coward. You can find it in comic drama, as in Waiting for Godot. Charlie Chaplin, Richard Pryor, the Marx Brothers, Joan Rivers, Lucille Ball, Dave Chappelle, Ellen DeGeneres, George Lopez—they’re all funny in different ways.

Not all types of comedy suit all readers, but everybody likes a good laugh—or even a slight smile.

Many stories that are essentially serious are nonetheless enlivened and enriched by humor, and a few tested techniques can help put your humor across.

You’ve seen it a million times: a woman in a glorious ballgown slips on a banana peel and does a pratfall. The Tramp takes out a knife and fork and delicately eats his shoe.

The dynamic of the humor comes from an action that is directly opposite of what you’d expect—of what it’s supposed to be. It contains an element of surprise.

This technique works in situations (like the pratfall), but also in dialogue.

Think of the baseball film Bull Durham, where Tim Robbins (the pitcher) has screwed up. Kevin Costner, as the catcher, and several others go out to the mound to talk to him—where they discuss a wedding present they should get one of the players. It’s funny precisely because it’s unexpected.

Someone—probably a comedian—once said that “comedy is tragedy plus time.” What that means is that getting perspective on a difficult situation can make that situation funny. Time gives you the distance to make it funny.

If you’re sitting in the doctor’s office and he tells you that you need a serious operation, and he has a noticeable behavioral tic—at the time, you’ll be annoyed and furious with him. But you get the operation, and when you tell the story to your relatives, the part about the doctor will crack them up.

Another way to find humor in a shifting perspective is to have the serious event happen to someone else.

Mel Brooks once said that if you fell down the stairs, that was comedy. If he got a hangnail, that was tragedy. The psychic removal of the serious event happening to someone else makes it funny. (There’s the pratfall again, too).

When you write your story, your characters go into conflict. They have troubles—and really, in fiction, no amount of conflict, pain, or trouble is too much. Readers love it, in part because they know everything will come out all right in the end.

Wiley Coyote is a caricature, but the principle is the same: he never wins, and people laugh at him. It’s often a sympathetic laugh, because people recognize those difficult situations. They empathize with him—and they know he’ll be all right in the end.

Think also of Ben Stiller’s zipper accident in There’s Something About Mary. The laugh comes from the intensity of his pain—and at the same time, the scene creates a sense of earned intimacy, because men, especially, can relate to his problem.

The Principle of Three (and a Topper)

If you want to make a point—and make it funny—make it happen three times. The first time is random. The second establishes a pattern. The third time is the payoff. And then if you can, add the topper—the unexpected twist.

In When Harry Met Sally, Billy Crystal and Meg Ryan argue in a restaurant about whether a man can recognize if a woman is faking an orgasm. The argument concludes when Ryan fakes one in the restaurant. The topper: when a restaurant patron orders “the same thing that she’s having.”

Adding humor is one technique you can use to make your story themes more memorable. You don’t need to add a food fight to your manuscript—although that can work, too!

Try a couple of these principles and see what a difference a laugh can make. 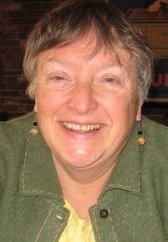