Why You Should Know The Grammar Rules… So You Can Break Them Better! by Alicia Rasley

Now hang in there, because I’m going to talk about boring rule stuff. But then I’m going to give permission to break the rules.

I bet you know most of the rules, even if you couldn’t recite them. You have been reading most of your life, after all, and much of what you’ve been reading is stories and essays and articles which have been written by professionals and edited by professionals. So even if you skipped too many grammar classes in high school, you will still have absorbed most of the rules of grammar if you’re a good reader.

Your readers are mostly going to be good readers. And when you’ve established trust by using the common language and grammar rules, the readers will understand the importance of when you break the rules. That’s when you can get innovative.

If you know the rules, the reasoning behind them, that’s when you know how to break them effectively.

Fast and Frenzied: The Missing Apostrophe

I’m going to give you two classic examples of “breaking the rules” to create additional meaning.

We all know the rule of using apostrophes to indicate missing letters in a contraction: DON’T for DO NOT.

This means that you are merging two words to make one word. So what’s the conventional use of a contraction?

A contraction is a way to take something that’s written and make it sound spoken.

Contraction evolved simply as a way to allow us to speak more quickly and freely. And so when we are writing a story we’re going to use contractions certainly in dialogue, because that’s the way people talk. But we might also use it in the narrative (that is, the part that isn’t meant to be spoken by a character), in order to make the sentence go faster or seem more casual.

So the use of contractions tells the readers something about you as an author, but also about this passage and how they are supposed to read it—this is breezy, this is easy, this is conversational.

Now think about what the readers think when after you’ve done this right for 300 pages, you suddenly have a line of dialogue where you leave out the ‘ in the contraction? Suddenly the readers take notice and realize something is going on here.

There is a great example in the Faulkner novel Absalom, Absalom!

Quentin has spent the entire book trying to explain to his Yankee roommate Shreve how, well, screwed up you get growing up in the South. (Full disclosure: I grew up in Virginia, and agree. 🙂 )

In the end, Shreve considers everything and says, “Why do you hate the South?”

Faulkner then discards that pesky apostrophe rule—in the very last paragraph of the book:

The use of “don’t” rather than “do not” makes this conversational and “fast” as usual. But the missing apostrophe turns this denial into something not breezy but frenetic.

It’s not just the “mistake” but the repetition of the mistake—dont for don’t– that conveys Quentin’s agitation.

The readers don’t think here that finally at the end of the book Faulkner and his editor forgot the rule about apostrophes. Rather, the readers think something has changed.

Something has intensified as shown in the rush and rapidity of those lines. (In fact, in the beginning of the next book, Quentin commits suicide.)

One more example. Robert Frost is one of America’s great poets and also one of the most accessible.

I first learned the poem “Stopping by Woods” when my 4th grade class put it to music. It’s a poem that 4th graders can understand. It’s also a poem that those students can read 30 years later and realize it has much deeper meaning, and we get to that meaning because Frost breaks the rule of the Oxford comma.

Again, the rule-break happens at the end. (This is important—Both of these writers establish first that they do in fact know the rule.) The speaker is gazing at the snow-filled woods, and thinks:

Now the story goes that when Frost turned the poem’s text in, the typesetter automatically put the comma in there after dark: The woods are lovely, dark, and deep.

That’s the rule in book publishing. The Oxford comma rule is that when you have a series of words or phrases or clauses of equal weight, you put a comma before the “and”. (This is NOT the rule in journalism, so you might be used to seeing it differently too.)

This is a great rule to incorporate in your writing, because it gives you the additional ability to not use it for a different effect.

The Oxford rule means that in a series, all the items are equivalent—they’re the same sort of thing and have about the same significance.

So for example; The American Flag is red, white, and blue.

They’re all colors, and they are equivalent as each being part of the flag. To get a bit technical, each of those words is an adjective modifying the noun “flag”.

But when Frost got the proofs set by the typesetter, he changed the line back to the original. So watch what happens when Frost deliberately breaks the rule of the Oxford comma.

The woods are lovely, dark and deep.

The woods are lovely. The loveliness comes from the darkness and the depth.

That is, “dark and deep” modify LOVELY now. They are not just another two adjectives modifying the noun “woods.” They are telling what “lovely” means to him.

Notice what happens next after he speaks of the allure of the darkness and depth.

He adds, “But I have promises to keep.” The “but” shows the contrast between what he would like to do — sink into the darkness and the depth — and what he knows he needs to do, keep his promises. This is a man choosing obligation over oblivion.

If we did not know that the use of the Oxford comma indicates that all these things are basically equivalent, then we would not notice when Frost has done something different. This is why in 4th grade I thought it was a really nice poem about a snow-entranced man whose pony gets impatient and jingles his bells. And it is why as an adult I read the same poem and realized that the man choosing life over suicide.

If you do not establish for the readers that generally you follow the rules, there will be no excitement, no recognition, no understanding of what you’re doing when you break the rules.

It’s when you want it convey something that is unusual or different about this character or situation at this moment.

In fact, when you have been careful to be correct previously, then using the tools of the language incorrectly will produce that little extra bit of meaning that the sophisticated writer and the sophisticated readers can now share.

Okay, what are some examples from your own writing when you’ve broken the rules, and what effect did that have? Confess! We promise not to judge!

Here’s your chance to brush up on those pesky grammar rules – but more than that, it’s your chance to learn more about how to use grammar and syntax to power up your prose. Alicia Rasley, English professor and veteran editor, knows the rules – and knows how to break them. You’ll have the chance to ask questions and get sentence revision advice! 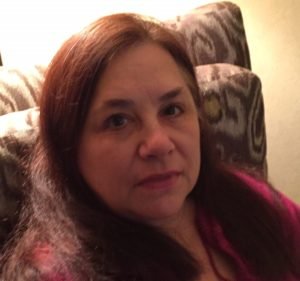 Alicia Rasley teaches, writes, and edits fiction. You can read her Plot Blueprint articles at www.plotblueprint.com. Also, you can join her very fun (promise!) grammar class starting June 1 at http://www.oirwa.com/forum/campus/#JUN. (Scroll down.)

Alicia Rasley is a RITA-award winning novelist and nationally known writing teacher. Her women’s fiction novel The Year She Fell has twice been an international Kindle bestseller, and her novel Poetic Justice has recently been a bestseller in the Kindle Regency category.  Her publishing career is varied and illuminating: Big press, small press, writing, editing, publishing. She teaches English at two state colleges and in workshops online and around the country. Her writing book The Power of Point of View was released in hard-cover and trade paperback by Writer’s Digest, and her plotting guide The Story Within is currently available at Amazon. Her blog about editing is at www.edittorrent.blogspot.com, and her writing website, with hundreds of pages of archived writing articles, is www.aliciarasley.com/archive.htm.