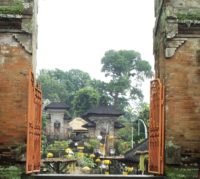 Let’s welcome back monthly columnist Nevada McPherson as she shares with us “Harnessing That Lunar Power.” Enjoy!

***
Even though January is traditionally a time of new beginnings, if you need a reset on those New Year’s resolutions, you can use the first half of February to do just that.

The super/blue/blood moon on January 31 along with the total lunar eclipse signals a time of endings. A few days after that is the perfect time to start something new. And, word has it, whatever you start is likely to be outstanding.

You may remember in my last post I was trying to be more effective at keeping goals I had set for myself regarding my writing projects. Since then, I did complete all original drawing for the next installment of my graphic novel, and though I do have some other things I have to do to get it ready, completing the original drawing is a milestone.

As all writers and artists know, even though there’s a sense of possibility that comes with looking at a blank page or canvas, it’s easier once things get underway and the work begins to take shape and go forward. Getting started takes heavy artistic lifting.

I’ll be thrilled to finish this project and start some new ones.

Although I still have Part 3 of this graphic novel to go before it’s finished, I’m optimistic that over the summer I can complete it.

I’d wanted to do that with this installment last summer but didn’t quite make it. See why I’m happy to be getting to the finish line now—at last?

Also, one thing I hadn’t counted on was that this part of my book is turning out to be about twenty-five pages longer than the last one.

I’d already chosen this place in the story as a stopping place before Part 3 begins. Since I’m adapting it from one of my screenplays, I’m essentially directing it on paper instead of in front of a camera.

That’s one of the things that led me to attempt graphic novels in the first place: storyboarding my first short film.

My storyboard mostly featured stick figures, but I enjoyed seeing my story in picture form nevertheless.

My stick figures have evolved over time into actual characters, each with his or her own look and style.

Frame by frame, I can do close-ups, long shots, and medium shots. I get to do set design as well.

I’ve come a long way since my first attempt at this, but I still have much to learn. Each new project comes with its own challenges.

The recent super/blue/ blood moon eclipse was a perfect time to be wrapping up a major project. Now I’m excited about the prospect of starting some new ones.

My mission, should I choose to accept it, will involve lots of research, and even more imagination. At any rate, as one of my former English professors used to say: “More on that anon”! 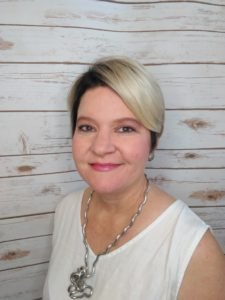 Nevada McPherson McPherson lives with her husband Bill and rescue Chihuahua, Mitzi in Milledgeville, Georgia, where she is an associate professor of Humanities at Georgia Military College. Nevada received a BA in English/ Creative Writing and an MFA in Screenwriting from Louisiana State University-Baton Rouge. She has written over a dozen feature-length screenplays, plays, short stories and the graphic novels, Uptowners and Piano Lessons. Queensgate, the sequel to Uptowners, is her third graphic novel. For more information, visit www.nevada-mcpherson.com.