The Art of Reinvention as an Author by Janey Fraser 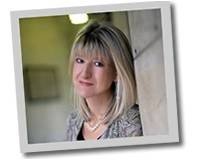 Welcome British author Janey Fraser and her conversation on the art of reinvention as an author, which she knows a lot about!

What do you do if you STILL haven’t got published after years of trying? Or if you’ve been published and your sales figures are slipping? Even worse – in some authors’ books – what’s the best tactic if your publishers fail to renew your contract?

The answer is simple. You re-invent yourself. After all, you’re a writer, aren’t you? All you have to do is make up an alter ego and then approach the market, armed with a new approach.

Plenty of writers have done this although not all are willing to admit it. All too often, reinvention is seen as a sign of failure from a previous writing life. But it doesn’t have to be that way.

In my case, I had five novels published by a mainstream publisher; one of which was a best-seller. But for various reasons, I then changed publishers. My new bosses, Random House, wanted me to have another name so they could re-launch me. I agreed provided it was an ‘open secret’ in order to maintain my old fan base. The result seems to have worked, touch wood. My third Random House novel Happy Families, written under Janey Fraser (Janey is my real name) has just been published with a five star Amazon rating.

But my reinvention didn’t stop there. My Janey Fraser novels are contemporary family comedies with a dark streak. But at the same time, I had an idea for a Victorian/present day timeslip which wouldn’t go away. I wrote it, not sure what my agent would think, only to find that she auctioned it at the Frankfurt Book Fair and secured a very healthy five figure deal. Naturally, this had to be published under another name (my married one, Jane Corry) as it’s a different genre. Readers understandably get confused if they buy a book from an author they’ve read before, only to find that he/she writes something different.

HOW YOU CAN RE-INVENT YOURSELF

Try writing a different kind of book. Start by reading widely, in all kinds of different genres – even the ones you wouldn’t normally look at. Dip into sci-fi; historical; children’s books; crime.

Then write a paragraph of your own. It doesn’t matter if it’s rubbish. The trick is to see if you suddenly find that it fits: rather like a style of shoes that you wouldn’t usually wear. If you find yourself buzzing, as I did when writing a historical after years of penning contemporaries, it’s a sign that you might have found a secret passion that even you didn’t know about.

Another tip is to consider a form of writing outside the novel. What about short stories? When I was still trying to get a novel published, I went to a talk by the fiction editor of a woman’s weekly and decided to try my hand. To my surprise, I found that my first effort was accepted. Since then, I have had hundreds of short stories published under Sophie King.

Don’t be fooled, however. Short stories can be just as hard to write as novels. (See HOW TO WRITE SHORT STORIES AND GET PUBLISHED BY SOPHIE KING. Published By How To Books.)

Another way to reinvent yourself is to write articles about a subject you’re passionate about. As a former journalist, my advice is to ask yourself what your specialist area is. It might be bee keeping. It could be being a former astronaut. Or it could be being a stepmother to ten. The more unusual, the better. Magazines are usually more interested in niche writers than someone who just sends them ideas that editors can think up themselves in the office.

One writer friend of mine, recently re-invented herself by branching out into life stories. She advertised herself locally and now has a list of fifty clients, all of whom want her to ‘ghost’ their lives as a memento for their families. Many of their tales have given her ideas for a new novel: so it’s a double whammy!

Pretend you are someone else. Gather together pictures from magazines and imagine what life would be like if you were one of those paper characters. Now write a page. You might be surprised at what comes out.

Imagine what you might write if you were yourself – but thirty years younger or older.

My first five novels with Hodder were written as Sophie King. They were, in fact, quite similar in genre to my Janey Fraser novels. But the name was different.

Pen names can be very useful. They can allow the publisher to re-launch you and they can give you a new lease of life, psychologically. For some funny reason, you often find yourself writing differently if you’re using a different name . This might be just the push you need to write the breakthrough novel.

HOW TO MAKE PEN NAMES WORK

Amazingly, you can use any name you want although you might find yourself in trouble if you choose the same one as a best-selling author or a celebrity or even your worst enemy (if you have one). Pick one that has a connection to you such as a family surname but make sure that it is memorable, easy to spell and ideally in the middle of the alphabet (I’ve been told by publishers that readers often head for the middle of bookshelves when browsing for a book.)

Use social media to promote your new name. I started a Janey Fraser website; Facebook page; Twitter account; and blog. I also paid someone to help me put links on my Sophie King sites so old fans would cross-reference. (Note: some authors prefer to keep their old identity a secret.)

I also used different pictures of myself on the Janey Fraser sites from those used on Sophie King. And I wrote slightly different biographies, highlighting different aspects for each.

With Jane Corry, I’ve kept it a little simpler; choosing just to have a web site.

Give it a go. After all, what do you have to lose? Besides, an author only has two identities. Published and Unpublished.

And I know which one I want to be. 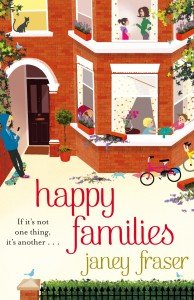 WHAT THE STORY IS ABOUT:

When Vanessa, Bobbie and Andy get together at the local parenting class at Corrywood School, their lives are set to change for ever. All three of them need help. Fast!

Bobbie’s children don’t listen to a word she says and her workaholic husband is never home.  Even worse, her mother is bringing a new boyfriend to visit: the notorious Dr Know, who dishes out hard-line parental advice to the nation. Can parenting classes save Bobbie’s bacon, not to mention her marriage? And what do you do when your mother is about to marry a man you hate?

Meanwhile, Andy’s wife has been asked to run a parenting class at the local school. But when she scarpers, he’s left to run it himself and look after their two teenage daughters – who aren’t as perfect as he’d thought. When one of his childhood enemies signs up for the class, Andy is forced to confront the demons of his youth. The poor man needs a shoulder to cry on. Who better than Bobbie, his wife’s sister in law?

Enter Vanessa, a sparky young gran who’s found a new lease of life through her second-hand designer shop and internet dating. Her life is definitely on the up; especially when she meets Brian who might just be the One. But then her six-year-old granddaughter is deposited on her doorstep along with a message from Vanessa’s estranged bohemian daughter. “Please bring up my child” begs the note. This time, she’s determined to get it right, whatever the cost..